Chandeliers are decorative lights, distinguished by having multiple lights, often in a very stylish way by the use of crystals and prisms. 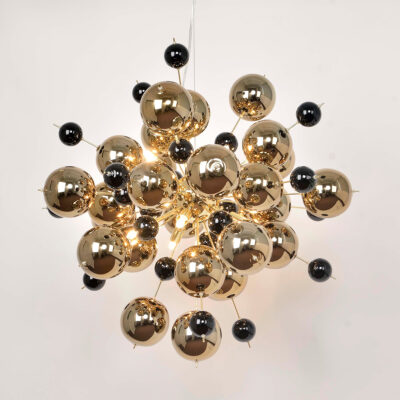 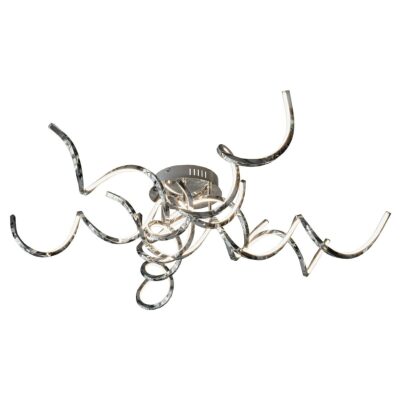 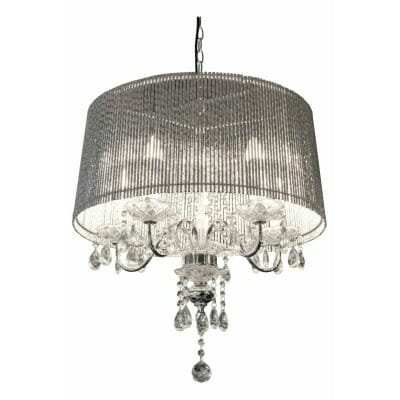 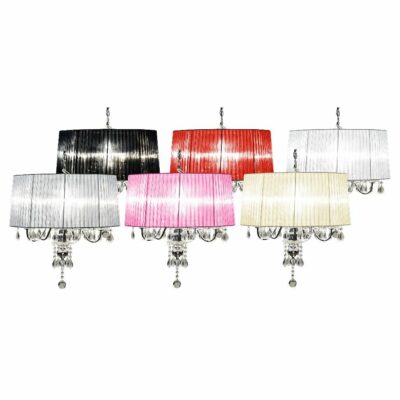 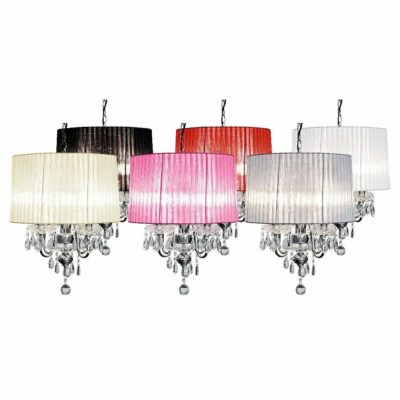 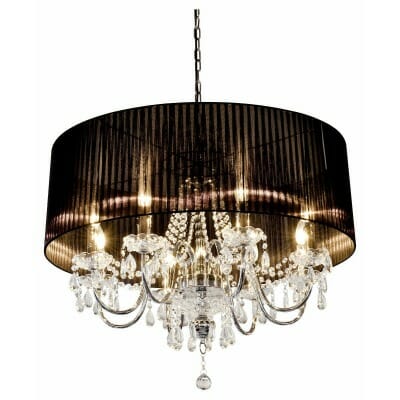 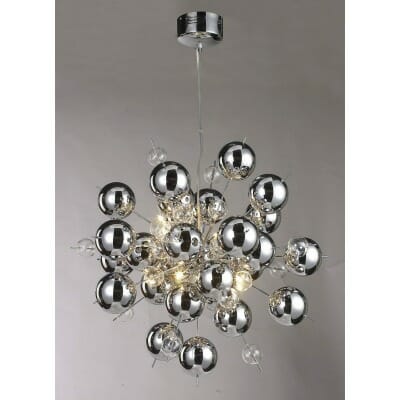 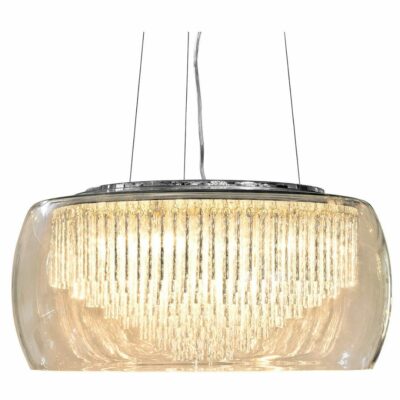 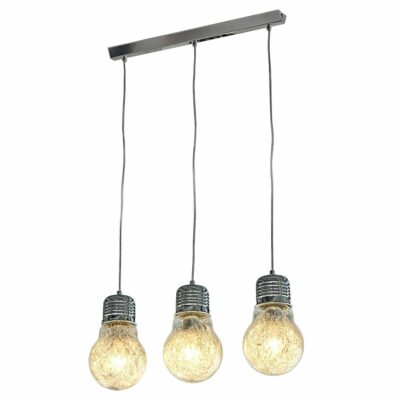 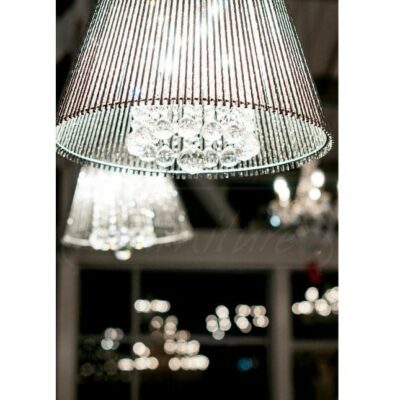 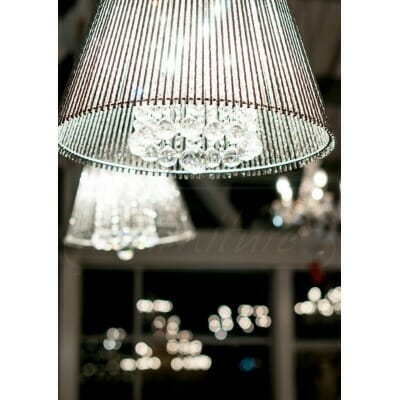 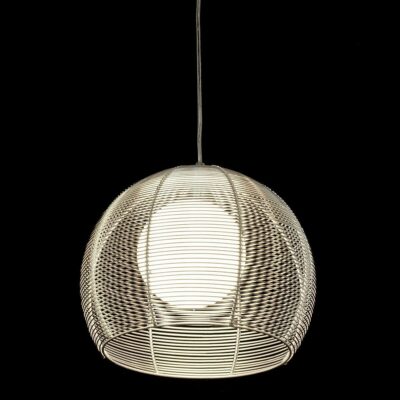 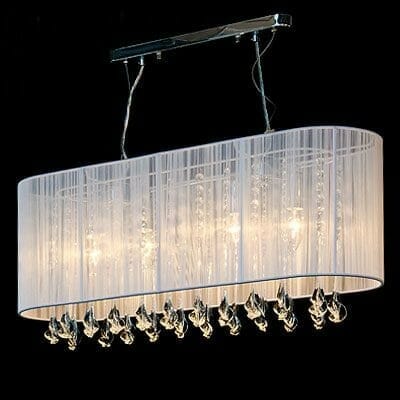 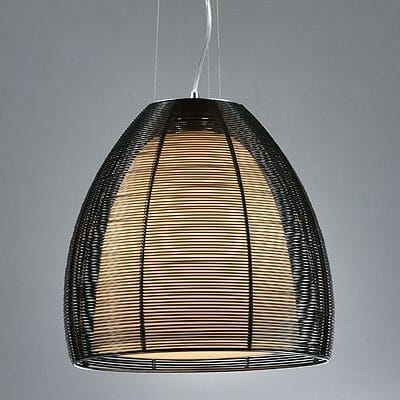 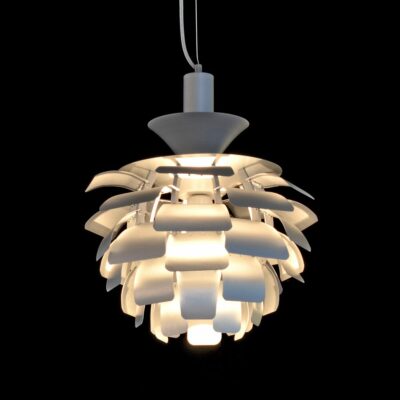 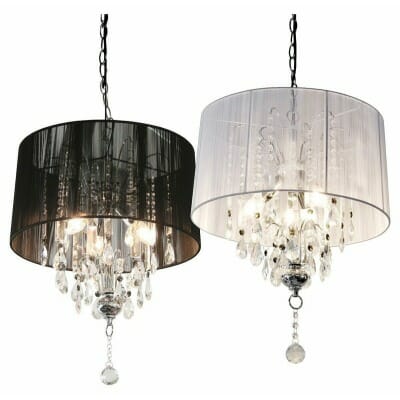 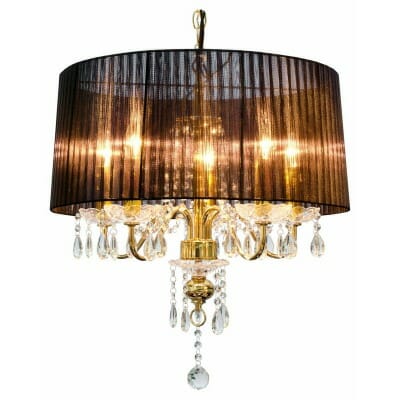 Chandeliers evolved from Candelabra and first appeared in the European Medieval period.

Classic chandeliers have arrays of hanging crystal prisms to illuminate a room with refracted light, while contemporary chandeliers assume a more minimalist design that does not contain prisms and illuminate a room with direct light from the lamps, sometimes also equipped with translucent glass covering each lamp. Modern chandeliers have a more modernized design that uses LEDs, and combines the elements of both classic and contemporary designs; some are also equipped with refractive crystal prisms or small mirrors.

How Big is a Chandelier?

The world's largest English chandelier is in the Dolmabahçe Palace in Istanbul. It has 750 lamps and weighs 4.5 tons. Dolmabahçe has the largest collection of British and Baccarat crystal chandeliers in the world, and one of the great staircases has balusters of Baccarat crystal.

The light-bearing part of a chandelier also sometimes known as a branch.

The metal or wooden block placed on the stem, into which the arms slot.

A bag of crystal drops formed by strings hanging from a circular frame and looped back into the center underneath, associated especially with early American crystal and Regency style crystal chandeliers.

A turned wood or moulded stem forming the axis of a chandelier, with alternating narrow and bulbous parts of varying widths.

A glass drop with a hole drilled right through.

A dish fitted just below the candle nozzle, designed to catch drips of wax. Also known as a drip pan.

Another name for the light-bearing part of a chandelier, also known as an arm.

Not to be confused with chandeliers, candelabra are candlesticks, usually branched, designed to stand on tables, or if large, the floor.

A cross made from two wooden beams with one or more cups and prickets at each end for securing candles.

The small cup into which the end of the candle is slotted.

An inverted shallow dish at the top of a chandelier from which festoons of beads are often suspended, lending a flourish to the top of the fitting.

An arrangement where the central stem supporting arms and decorations is replaced by a metal structure leaving the centre clear for candles and further embellishments.CoronaAnother term for crown-style chandelier.

A circular chandelier reminiscent of a crown, usually of gilded metal or brass, and often with upstanding decorative elements.

Essentially a traditional marketing term for lead glass with a chemical content that gives it special qualities of clarity, resonance and softness, making it especially suitable for use in cut glass. Some chandeliers, as at the Palace of Versailles are actually made of cut rock crystal (clear quartz), which cut glass essentially imitates.

The dish fitted just below the candle nozzle, designed to catch drips of wax. Know also as a bobèche.

A small piece of glass usually cut into one of many shapes and drilled at one end so that it can be hung from the chandelier as a pendant with a brass pin. A chain drop is drilled at both ends so that a series can be hung together to form a necklace or festoon.

Also known as Flemish, a style of brass chandelier with a bulbous baluster and arms curving down around a low hung ball.

An arrangement of glass drops or beads draped and hung across or down a glass chandelier, or sometimes a piece of solid glass shaped into a swag. Also known as a garland.

The final flourish at the very bottom of the stem. Some Venetian glass chandeliers have little finials hanging from glass rings on the arms.

A circular metal support for arms, usually on a regency-styles or other chandelier with glass pieces. Also known as a ring.

Chandelier with a rounded bottom, like an inverted hot air balloon, named after the Montgolfier brothers, the early French balloonists.

The process by which a pressed glass piece is shaped by being blown into a mould.

A larger chandelier with a multitude of drops. Above a hoop, rises strings of beads that diminish in size and attach at the top to form a canopy. A bag, with concentric rings of pointed glass, forms a waterfall beneath. The stem is usually completely hidden.

A type of glass used typically in Venetian glass chandeliers. Soda glass remains “plastic” for longer when heated, and can therefore be shaped into elegant curving leaves and flowers. Refracts light poorly and is normally fire-polished.

A tall spike of glass, round in section or flat-sided. To which arms and decorative elements may be attached, made from wood, metal or glass.

A tent-shaped structure on the upper part of a glass chandelier where necklaces of drops attach at the top to a canopy and at the bottom to a larger ring.

A glass from the island of Murano, Venice but usually used to describe any chandelier in Venetian style.

Concentric rings of icicle drops suspended beneath the hoop or plate.